A small plot used by the social enterprise group ‘Help Yourself Grow’ given a sensory garden makeover.

We have worked on a number of Community projects, and were invited to look at this unused piece of sloping grass (surrounded by and laid over an unused concrete skateboard basin) and the area adjacent to it. The request from Help Yourself Grow was to re-imagine the space as a small sensory garden –

The garden is to be used by young people with learning difficulties to encourage them to build their social experiences and skills. The site (before work) in late March 2017 in the photos here. 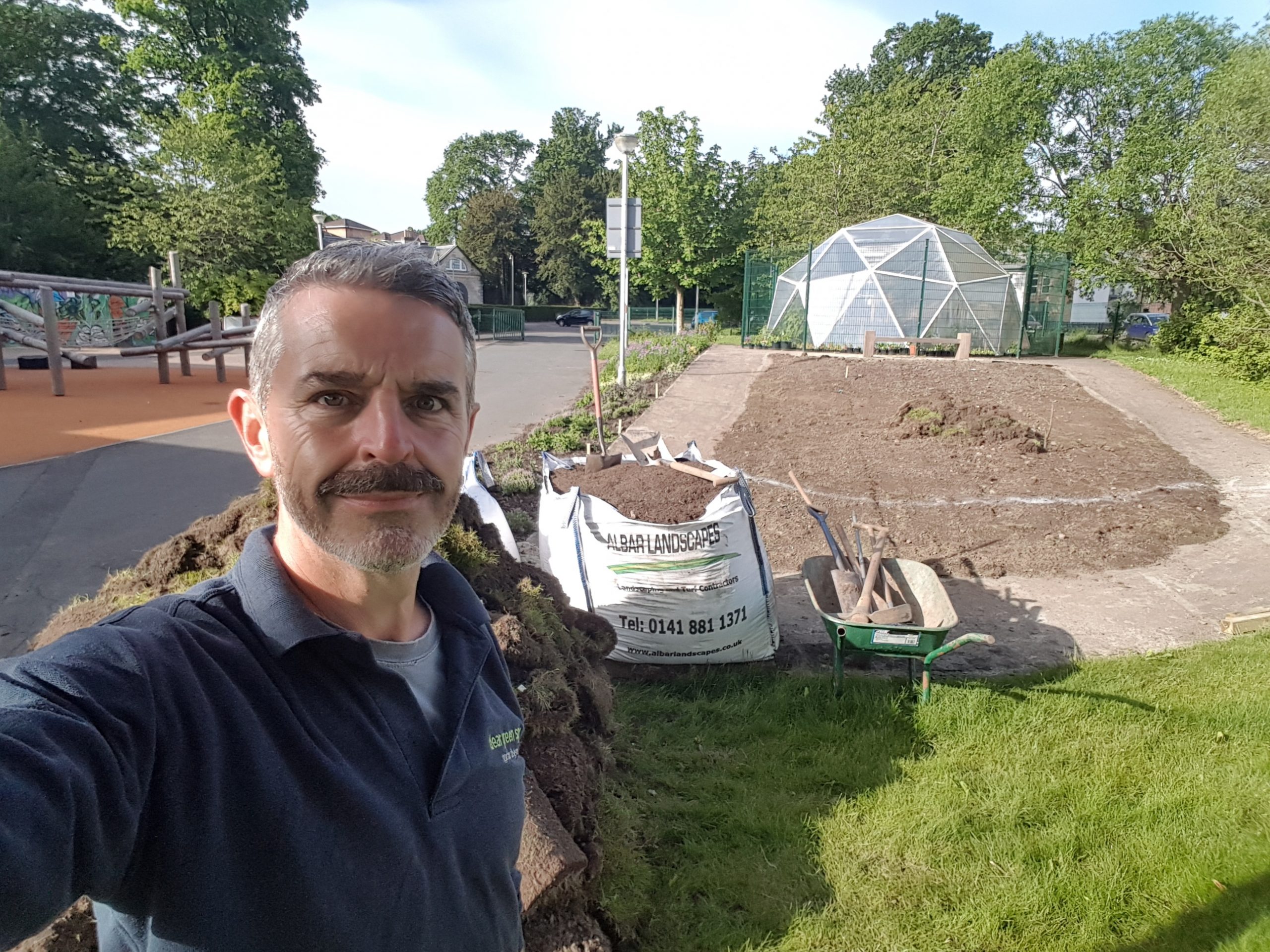 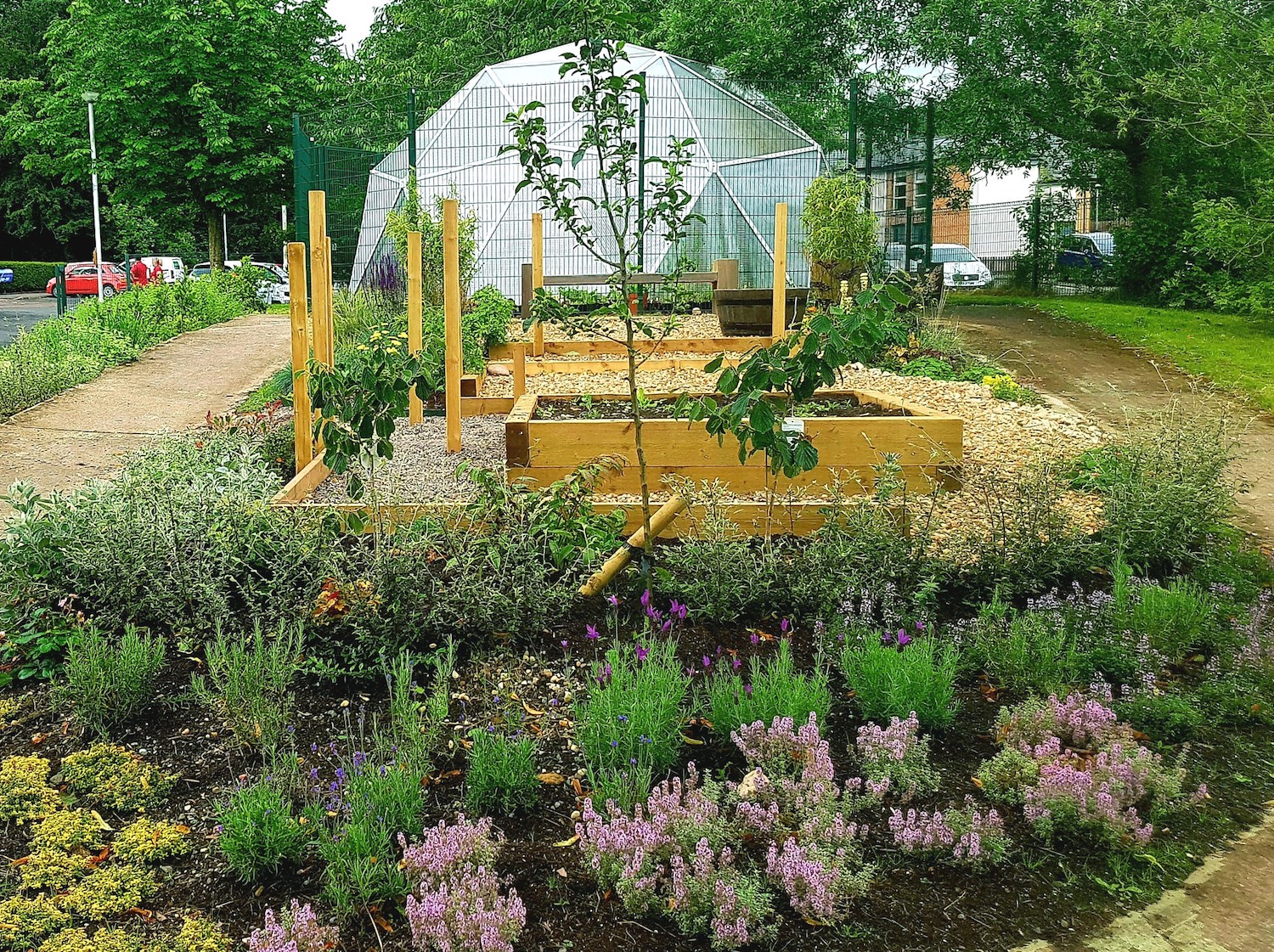 The garden is adjacent to the Jeely Piece Club in Castlemilk – was to be installed on the basis that the garden would then allow the users to grow, propagate and develop the garden themselves over time. We aimed to encourage the senses by creating a low maintenance gravel garden with a variety of smells, textures, tastes and visual interest.

The area was surveyed to establish the depth of soil available to the concrete basin below. Removing this was not an option within the budget. The turf was then lifted and the ground graded and terraced using timber sleepers. Upright sanded timber posts were installed which will throw shadows across the space and allow the youngsters to affix garden ornaments – wind chimes / windmills etc. The garden is within an open community shared space and landscaping had to be safe and secure

A variety of planting was included which intends to offer year-round visual interest, including a small apple tree, rosemary, lavenders, thyme and bay. Ornamental grasses and bamboos were included to touch and listen to in the breeze. A cotoneaster hedge was planted to define and encourage the use of the path, allowing the planting on the embankment to mature.

As requested, planting space was left to allow the youngsters to fill this themselves with the various species they have propagated, grown from seed and cared for in their greenhouse.

A sealed water barrel was added so as to include a safe pool of water.

We are delighted to have been asked to participate in this project and hope the finished result leaves plenty of room for growth in every sense. Gary, David and Matt